Fromm Family Foods has developed a reputation for producing top-quality, nutritious pet food. Part of its recipe for success comes from its commitment to quality assurance and to their multi-generational family values.

More than 160 years ago, two families left their homeland of Germany to seek opportunities near other families of German descent living in southeast Wisconsin. Years later, those two families were forever linked when Frederick “Fritz” Fromm married Alwina Nieman. This union produced four brothers who created “The Company” in 1904.

Even though they were only kids between the ages 10 and 16, the Fromm brothers vowed to work together in a family business. They had big aspirations of raising the best silver foxes and ginseng—the area was known for its abundance of ginseng. Of course, it’s not unusual for kids to fantasize about what they’ll do when they grow up, but these boys stuck to their plan. A dozen years after starting “The Company,” the Fromms signed an initial investor, their mother Alwina. She cosigned a loan to provide the funds to purchase three silver foxes, and The Company was officially in business.

Like most startups, they were cash-strapped and needed more money to get the fox and ginseng farm up and running. That’s when the other side of the family, the Niemans, got involved. Together they formed the Fromm Bros. Nieman Company.

The 1920s was a busy period for the young company. Concerned about the health of their animals, the brothers enlisted the expertise of Dr. Robert Green, who was working at the University of Minnesota, to come up with a solution for fox distemper. Fromm Bros. Nieman Company even built research facilities.

In the meantime, they decided the best foxes deserved the best nutrition, and that’s how the Fromms entered the animal feed market. In 1925, they constructed the company’s first manufacturing facility. The care and attention paid off. By the 1930s, the Fromms became one of the world’s largest fox fur producers; however, the two sides of the family parted ways, at least in business.

Once the brothers were back in business for themselves, they released Dr. Green’s discovery of distemper vaccines for foxes, canines and cats. This was a major accomplishment in promoting better health for family pets and farm animals. It also cemented the company’s reputation as a promoter of animal health.

No End in Sight 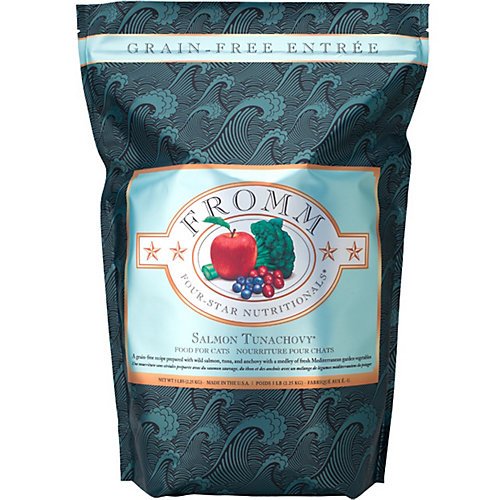 One of the key factors to the business’s success all these years is that the leaders continue to push for new developments. In the 1940s, they brought in a biochemist who created the process of cooking meat and grain together that produced granular pet food. It was the introduction of kibble.

Throughout the next several decades, the company continued to invest in research and development for new and improved food formulas. Also, younger generations joined the company, including Tom, grand-nephew of the original founders.

Tom is still involved in company operations these days, and has played a pivotal role in the use of mixed tocopherols as a natural preservative. These substances prevent oxidization and prolong shelf life just as well, if not better, than artificial preservatives. This development inspired the introduction of the Fromm Four-Star Nutritionals, one of the first gourmet varieties of pet food.

Now, more than 160 years later, Fromm Family Foods is a fifth-generation family business that continues to serve up Fromm cat food for owners who want to feed their felines only quality vittles.

This grain-free food blends duck, wild salmon, chicken with handpicked veggies and fruits. There’s even some real Wisconsin cheese thrown in for extra flavor. It features human-grade meat and seafood so your kitty is in for a four-star dinner.

Your cat will devour the seafood combination of wild salmon, tuna, and anchovy, accented by tomatoes, spinach, zucchini and eggplant. The addition of cartilage helps joints and the omega fatty acids keep kitty’s coat healthy. The recipe is designed to be good for multiple life stages, so no need to change his food just because he’s had a few birthdays.